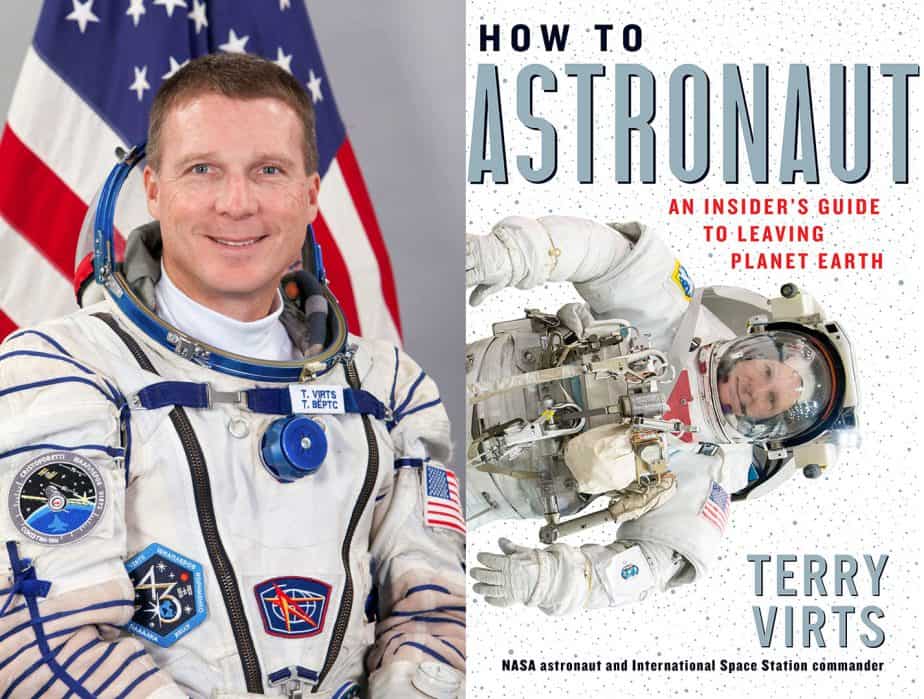 Ride shotgun on a trip to space with astronaut Terry Virts! At this special Twin Cities Book Festival appearance, Terry will answer any and all questions about what it’s like to leave planet Earth, live on the International Space Station, and shoot for the stars. Some of the answers can also be found in his recent book How to Astronaut, and of course he’ll be happy to sign books for Festival visitors. And yes, he’ll be wearing his flight suit — come ready to take a pic!

Colonel Terry Virts earned a Bachelor of Science degree in mathematics from the United States Air Force Academy in 1989, and a master of aeronautical science degree in aeronautics from Embry-Riddle Aeronautical University. Selected by NASA in 2000, he was the pilot of STS-130 mission aboard Space Shuttle Endeavour. In March 2015, Virts assumed command of the International Space Station, and spent over 200 days on it. Virts is one of the stars (and photographers) of the IMAX film, A Beautiful Planet, released in April 2016. He is also the author of View from Above (National geographic, 2017). He lives near Houston.