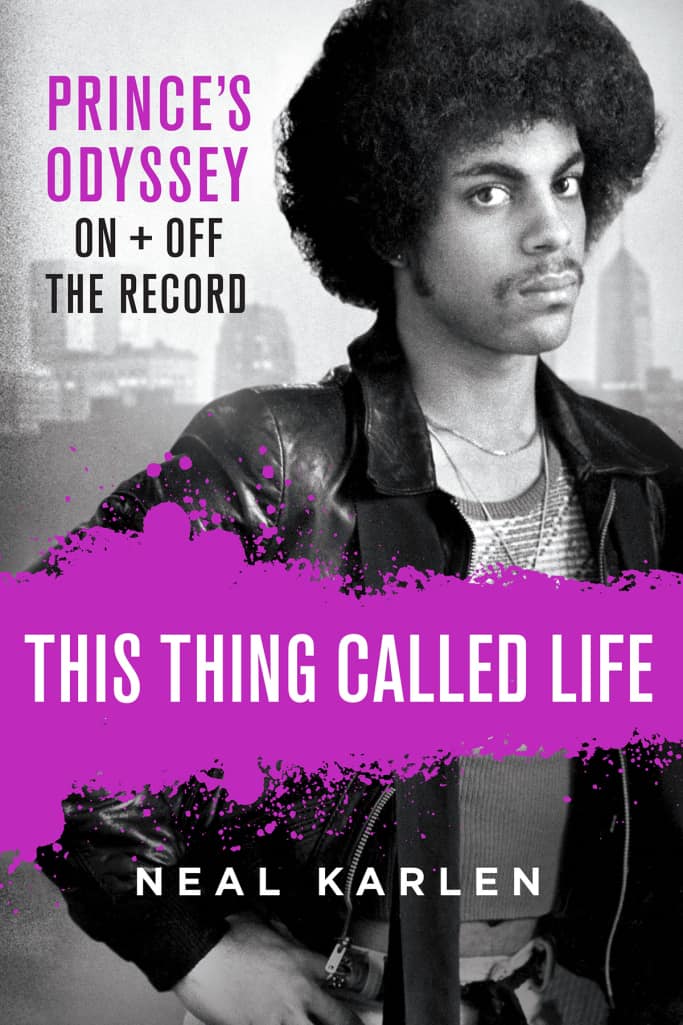 This Thing Called Life:
Prince’s Odyssey On + Off the Record

Two weeks ago, Rolling Stone introduced an excerpt of journalist Neal Karlen’s new book This Thing Called Life, as the “the story not just of Prince’s life, but of a rare, decades-long friendship between a writer and an iconic artist.” Karlen, the magazine continued, was Prince’s “only confidant in the press for more than a decade at the height of his fame, a partnership that yielded three Rolling Stone cover stories,” as well as a rock opera and several other collaborations.

Karlen first met the international superstar who crossed all cultural genres while growing up in Minneapolis. Though he quit writing about Prince in the 1990s, Karlen never quit Prince, staying friends for the last 31 years of the musician’s life, last speaking to him only days before his untimely 2016 death. This Thing Called Life profoundly changes the accepted narrative of Prince both as an artist—and human being.