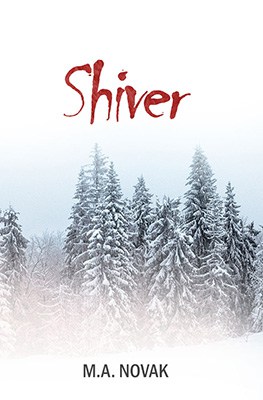 In the thrilling novel, Shiver, Ellie is a pretty face on a dating app. Archer can’t resist, so he swipes right. Ellie swipes right. Their fate is sealed. But Ellie has secrets that she hides in the dark corners of her Duluth, Minnesota, mansion. Its rooms conceal a family history that Ellie would rather keep locked away behind the solid wood doors.

Archer doesn’t like secrets. Now he is trapped in his car during a blizzard on the way to a business meeting and Ellie isn’t answering his calls. But he is not alone in the snow. Strange text messages warn him of doom and visions of a dead deer haunt him. Archer must escape the blinding snow and survive the storm to find the truth. But the truth might just be the ultimate lie. Find chills, thrills and a twist ending in this exciting new novel.

Also available, enjoy Spin, a political thriller newly released for 2020. In 2055, America is looking for someone to lead the country out of chaos. The government has been crippled by a wayward virus. Only a small band of government officials still exists, roving Washington, D.C. in a taco truck.