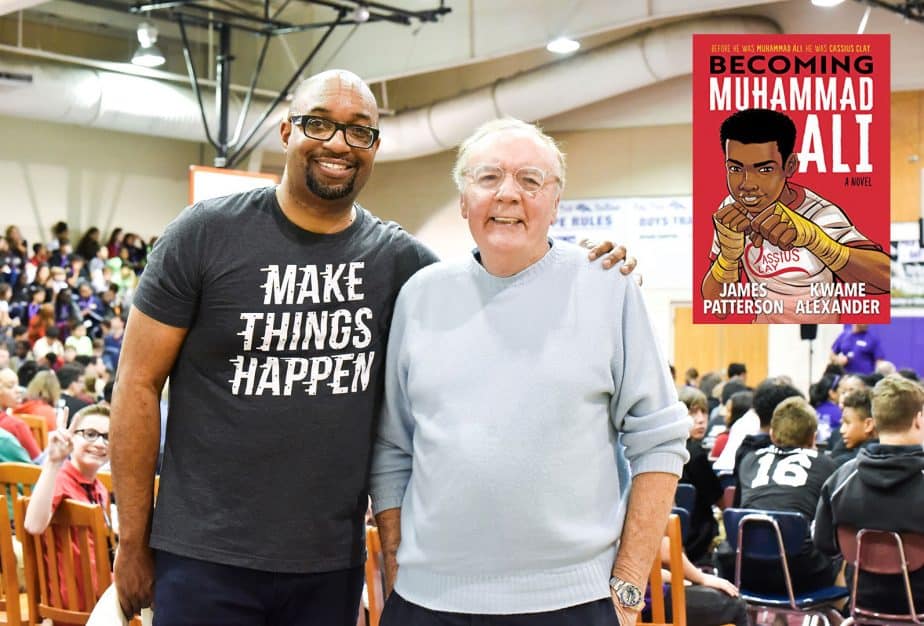 What happens when you combine two of the best-selling powerhouses in children’s publishing? A fun and factual biographical novel about the iconic Muhammad Ali, of course!  Join Holly Weinkauf, owner of the Twin Cities children’s bookstore Red Balloon, as she sits down with these giants about this new collaborative work, their imprints and ideas about making the world a better place, and much more! This event will be ASL interpreted, thanks to support from the University of Minnesota Libraries; for more information about this and other ASL interpreted events, see HERE.

Replay of this event is available throughout 2020!

Kwame Alexander  is a poet, educator, and the New York Times Bestselling author of 32 books, including Rebound, which was shortlisted for the Carnegie Medal; The Undefeated, illustrated by Kadir Nelson, a Newbery Honor Book; and the Newbery Medal-winning middle grade novel, The Crossover. Kwame is the recipient of numerous awards, including a Coretta Scott King Author Honor, three NAACP Image Award nominations, and the 2017 Inaugural Pat Conroy Legacy Award. In partnership with Follett Book Fairs, he created the #AllBooksForAllKids initiative to bring more diverse books into school libraries. Kwame is the Founding Editor of VERSIFY, an imprint of Houghton Mifflin Harcourt that aims to Change the World One Word at a Time. His latest book, Becoming Muhammad Ali (Jimmy Books), is co-authored with James Patterson, with whom he’ll discuss it at this very festival!  Find out more about Kwame at kwamealexander.com.

James Patterson is the world’s bestselling author. He has created many enduring fictional characters and series, including Alex Cross, the Women’s Murder Club, Michael Bennett, Maximum Ride, Middle School, and I Funny. Among his notable literary collaborations are The President Is Missing, with President Bill Clinton, and the Max Einstein series, produced in partnership with the Albert Einstein Estate. He has given over three million books to school kids and the military, donated more than seventy million dollars to support education, and endowed over five thousand college scholarships for teachers. The National Book Foundation recently presented Patterson with the Literarian Award for Outstanding Service to the American Literary Community, and he is also the recipient of an Edgar Award and six Emmy Awards. Patterson’s latest book, a collaborative project with superstar of kidlit Kwame Alexander, is titled Becoming Muhammad Ali and will be published by his own imprint, JIMMY Patterson. He lives in Florida with his family. Learn more at www.jamespatterson.com.

Holly Weinkauf is the owner of Red Balloon Bookshop in St. Paul, MN.  Before that she worked as both a librarian and an educator, but for the past nine years, she has enjoyed running a small business and finding creative ways to work with and support the community of readers in the Twin Cities.