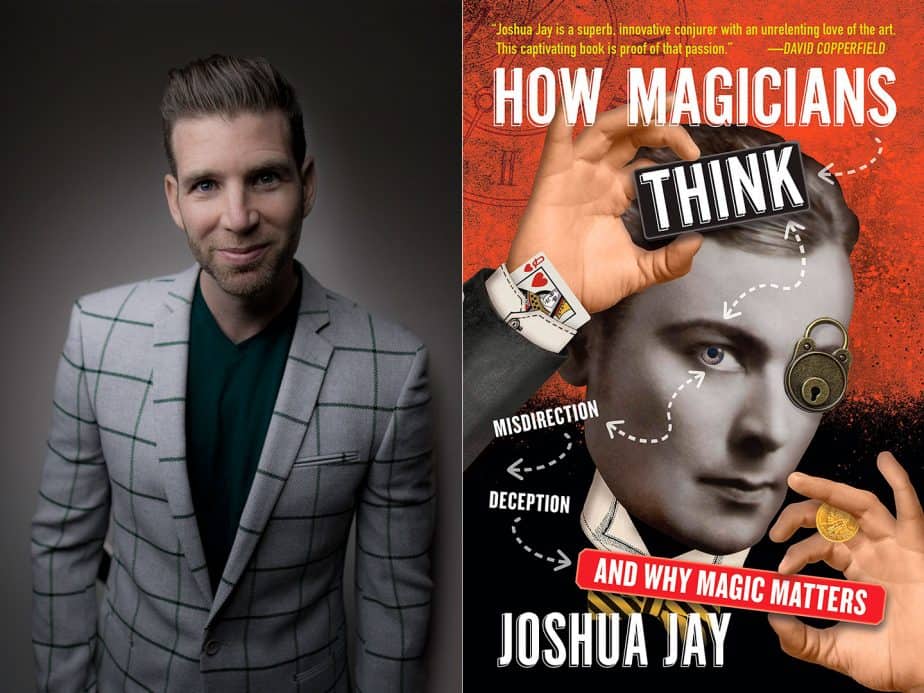 World-famous magician Joshua Jay will offer true close-up magic in an intimate environment: You’ll get to see him do other-worldly effects of magic and mind-reading from mere inches away!  Jay—who was crowned World Champion of Sleight-of-Hand Magic in 1998, and holds a Guinness World Record for card tricks—is the author of the new book How Magicians Think. In this unique Twin Cities Book Festival format, he will astound our audiences in small, fifteen-minute shows, with safely distanced meet-and-greet booksignings after each session.

Joshua Jay has performed on stages in over 100 countries. He was awarded the top prize at the World Magic Seminar and has fooled Penn & Teller on their hit show, Fool Us. Jay has performed magic on numerous television shows, including appearances on The Tonight Show with Jimmy Fallon and The Late, Late Show with James Corden.In addition to authoring several books, including the best-selling MAGIC: The Complete Course and the brand new How Magicians Think, Jay has designed illusions for stage and screen, including a recent collaboration with HBO for Game of Thrones. Jay consulted with the United States Postal Service on the design of their Magic postage stamp series, appeared at the 2008 Inaugural Ball for President Barack Obama, and was awarded Magician of the Year 2020 by the Society of American Magicians Parent Assembly for his contribution to the art of magic.