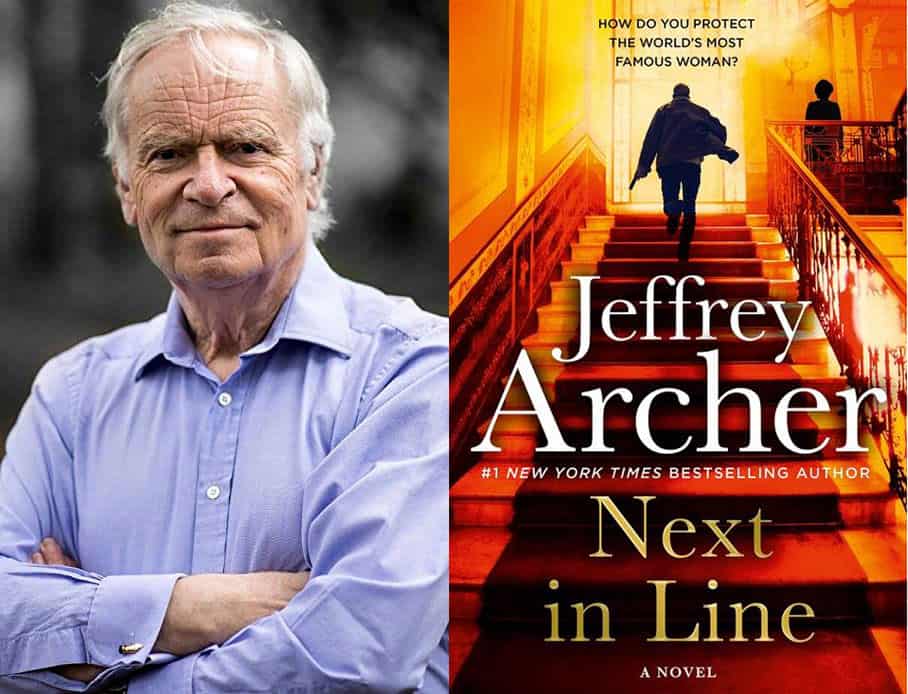 Join us for a virtual visit with the international bestselling British author Booklist calls a “genre master,” Jeffrey Archer.  At this special publication day event, Archer will discuss his latest novel, Next in Line, with Minnesota mystery writer Carl Brookins.

W. (The Overlook Press) is a literary reimagining of one of modern literature’s touchstone texts, the play Woyzeck. Considered the first modern drama, Woyzeck tells the story of a poor soldier who kills the woman he loves. In 1836 this true story inspired Georg Büchner to write the play, unfinished at his death at just twenty-three years old.

W. grippingly recounts the lovers’ relationship, the murder trial, and the soldier’s execution. The novel unfolds as W. struggles to recount the events of his life, grasping at understanding his feelings and circumstances. Sem-Sandberg searched court archives to bring new light to this story, and he masterfully sustains a rich period atmosphere through poetic and controlled prose, brilliantly translated into English by Saskia Vogel.

Against a landscape devastated by inhumanity and greed—yet somehow managing to sustain hope, too—W. tells a ruthless, moving, and utterly relevant story as one human desperately fights to make something of the life given to him.

Free to attend, registration required. We hope to “see” you there!

In this latest installment of Jeffrey Archer’s acclaimed William Warwick series, set in 1988, royal fever sweeps the nation as Britain falls in love with the “people’s princess,” Princess Diana. For Scotland Yard, this means the focus is on protecting the most famous family on earth, and a weak link could spell disaster. When it becomes clear a renegade organization has the security of the country in its sights, the question is: which target is next in line? During Archer’s tenure as a member of the UK Parliament and volunteer work as a charity auctioneer, he worked with the late Princess Diana on numerous occasions, and he has sought to channel her effervescent warmth, mischievous sense of humor, and world-beloved humanity in this novel, which appears shortly after the 25th anniversary of her untimely passing.

A copy of the book can be purchased in advance using the button below!  Books are provided by Magers & Quinn Booksellers in Minneapolis; purchasing here helps support them AND Rain Taxi’s Twin Cities Book Festival—thank you!

Jeffrey Archer, whose novels and short stories include the Clifton Chronicles, the William Warwick novels, Kane and Abel, and Cat O’ Nine Tales, has topped the bestseller lists around the world, with sales of over 275 million copies. He is the only author ever to have been a number one bestseller in fiction, short stories and non-fiction (The Prison Diaries). A member of the House of Lords for over a quarter of a century, he is married to Dame Mary Archer, and they have two sons, two granddaughters, and two grandsons.

Carl Brookins writes the Michael Tanner and Mary Whitney sailing adventure series, the Sean Sean private investigator detective series, and the Jack Marston academic series. He has reviewed mystery fiction for the Saint Paul Pioneer Press and elsewhere; before he became a mystery writer, he was a photographer, television program director, and college teacher, and he continues to be an avid recreational sailor. A member of Mystery Writers of America, Sisters in Crime, and Private Eye Writers of America, he lives with his wife Jean in Roseville, Minnesota.