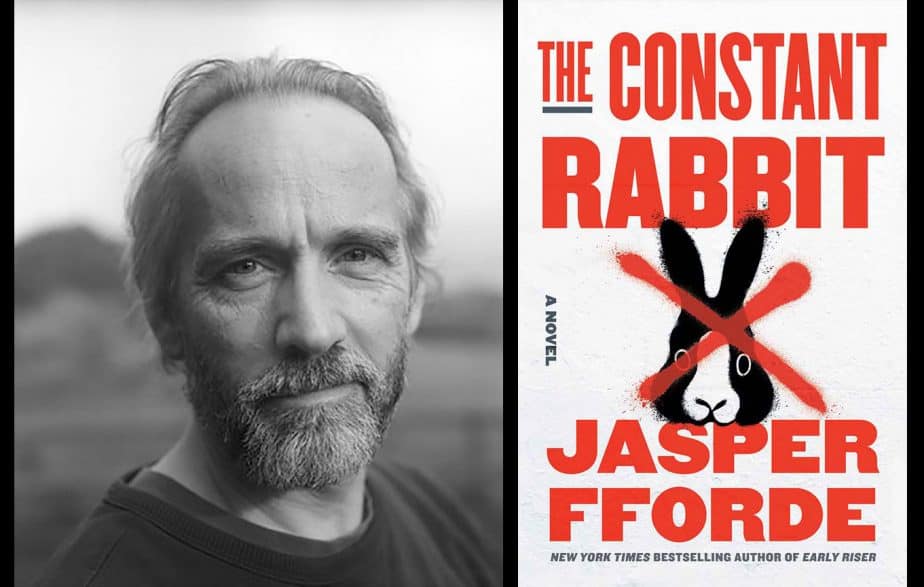 No style of storytelling is outside the abilities of Jasper Fforde, award-winning creator of tales for page and screen. He will discuss his latest novel, The Constant Rabbit—a fable-like satire of racial tensions in the British Isles and the world, truly apt for our times—from his home in Wales with Minnesota’s Stephanie Curtis. This event will be ASL interpreted, thanks to support from the University of Minnesota Libraries; for more information about this and other ASL interpreted events, see HERE.

Replay of this event is available throughout 2020!

Jasper Fforde spent twenty years in the film business before debuting on the New York Times bestseller list with The Eyre Affair in 2002. Since then he has written another twelve novels, including the #1 Sunday Times bestseller One of Our Thursdays Is Missing; the Last Dragonslayer series, adapted for television by Sky; and the New York Times bestseller Early Riser. Called “A political satire cloaked in Fforde’s trademark bizarre whimsy” by The Guardian, Fforde’s new novel just out is The Constant Rabbit (Viking). Born in London, Fforde now lives in Wales. Visit him online at www.jasperfforde.com.

Stephanie Curtis is Director of Programming at Minnesota Public Radio. She has produced events, daily news shows, documentaries, conferences and call-ins for MPR News, was among the pioneering producers who launched The Current, and discusses movies every Thursday on The Cube Critics.