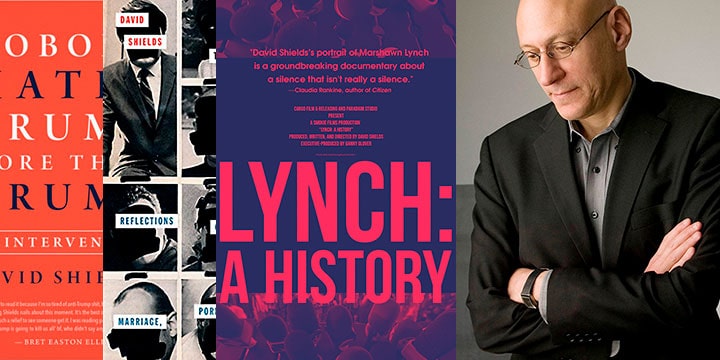 Critically acclaimed and best-selling author David Shields discusses his three new works, each anchored in his inimitable collage style: The Trouble with Men: Reflections on Sex, Love, Marriage, Porn, and Power, an immersion into the perils, limits, and possibilities of human intimacy; Nobody Hates Trump More Than Trump: An Intervention, a philosophical meditation on the relationship between language and power, and a dagger into the rhetoric of American political discourse; and Lynch: A History, a groundbreaking documentary film about nonconformist NFL star Marshawn Lynch that offers a powerful look at the American media-sports complex and its deep complicity with racial oppression. Moderated by Rain Taxi editor and Twin Cities Book Festival Director, Eric Lorberer. This event will be ASL interpreted!