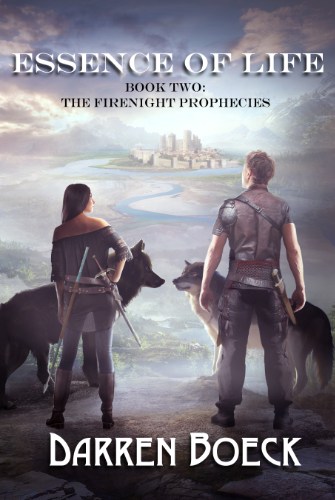 Essence of Life – Book Two of
the Fire Night Prophecies

An exciting new epic fantasy series, ‘The FireNight Prophecies’ began with ‘Gifts of Fire and Ice’ and now continues with ‘Essence of Life’. Join an epic fantasy adventure and follow Serg, Nola, and Blur as their journey continues to unfold. Exiled from the empire, friends Serg, Nola, and Blur must find a way back to rescue their friends without risking their necks in the process.  Seeking refuge with the northern Bloodlines, who are in rebellion, may be the key to their safety.  Meanwhile, Emperor Gander has plans of his own as he antes up, and so do many other players in the game.

Twin Cities Book Festival impressive 25% off both books when bought through my site using code ‘TCBFsave25’. Signed copies can be requested at the time of purchase when purchasing from my website.