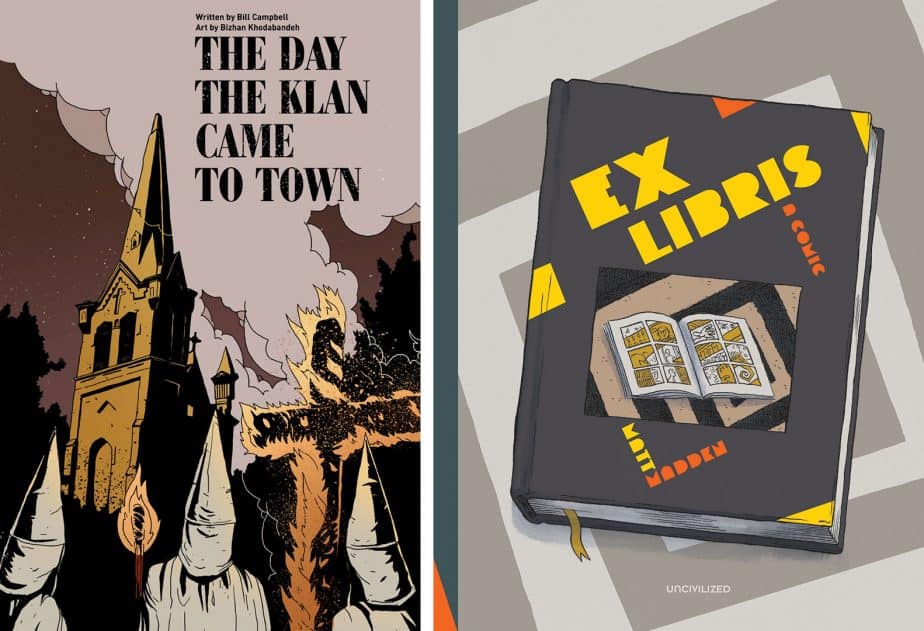 Comics in the Modern Age

Join two amazing creators and aficionados of sequential art, Matt Madden (Ex Libris, Uncivilized Books) and Bill Campbell (The Day the Klan Came to Town, PM Press), for a conversation (with slide show!) about their new books and the current state of comics from multiple angles. Moderated by Rain Taxi editor Eric Lorberer.

Bill Campbell is the author of  several prose novels, including Sunshine Patriots, My Booty Novel, and Koontown Killing Kaper. He has co-edited several important anthologies, including Mothership: Tales from Afrofuturism and Beyond with Edward Austin Hall, Stories for Chip: A Tribute to Samuel R. Delany with Nisi Shawl, Future Fiction: New Dimensions in International Science Fiction and Fantasy with Francesco Verso, and APB: Artists against Police Brutality with Jason Rodriguez and John Jennings. His Afrofuturist spaceploitation graphic novel, Baaaad Muthaz (with David Brame and Damian Duffy) was released in 2019. The Day the Klan Came to Town, an historical graphic novel with art by Bizhan Khodabandeh, is his newest work. Campbell lives in Washington, DC, where he spends his time with his family, helps produce audiobooks for the blind, and helms Rosarium Publishing.

Matt Madden is a cartoonist, teacher, and translator. His best-known book is 99 Ways to Tell a Story: Exercises in Style, a comics adaptation of Raymond Queneau’s Exercises in Style. His recent work includes the comics Drawn Onward and Bridge. With his wife Jessica Abel written two textbooks,  Drawing Words & Writing Pictures and Mastering Comics; the pair were also series editors of The Best American Comics for six years. Madden’s translation of from the French of of Aristophane’s The Zabîme Sisters was a YALSA book of the year in 2011; his translation of Edmond Baudoin’s Piero was published by New York Review Comics in the fall of 2018, followed by Blutch’s Mitchum in 2020. From 2012 to 2016 Madden had an extended residency at La Maison des auteurs in Angoulême, France, and has since been living in Philadelphia as a part-time cartoonist and full-time dad.